The Seduction of the Word. The Biblical Humanism of Hipólita de Jesús in the Spanish Golden Age.

In this study, I deal with the case of a most unusual nun, whose life mission was to spread the knowledge of the Holy Scriptures in vernacular language during the Counter Reformation period. She was born in Catalonia (Spain) in 1551 and she spent all her life in a Dominican monastery in Barcelona, where she died in 1624.  As it is well known, the Index librorum prohibitorum did not allow the reading of the Bible except for the Latin version of Saint Jerome. Despite this prohibition, she wrote more than twenty treatises. In them, she constructed a discourse about the Bible, and its spiritual and moral contents.

Her method of teaching and living Christianity, based on the direct contact with the sources of Catholic faith, as well as on Pauline thinking, made her one of the most outstanding cases of biblical Humanism of the Golden Age. However, until now, she remains almost unknown. 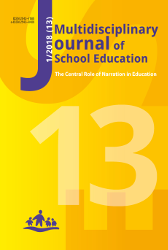